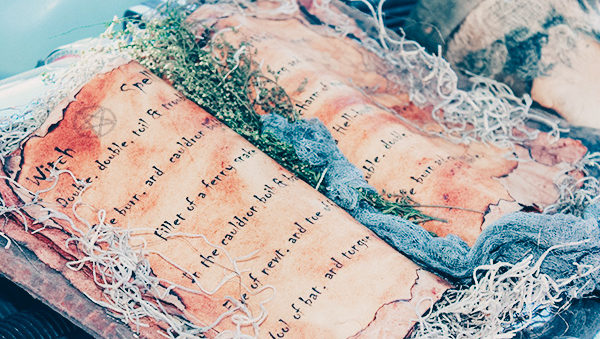 Now we come to our final (and a tad belated) post on the topic of vocabulary: Wicca and Witchcraft, Wiccan and Witch… These four words are often used interchangeably, yet do not have the same meanings to everyone.

I am fairly particular about these words myself, and must preface this by saying, as always, that this is my point of view on language. I am neither right nor wrong; this is simply how I have developed my ideas over the years.

1. Witchcraft is the practice of magick, alternative healing methods, and living in harmony with nature.

2. Wicca is a religion that embraces the practice of Witchcraft, espouses a belief in a Mother Earth Goddess, and a Father Nature God. Deities are also symbolized by the Moon Goddess and Sun God.

As you see by these definitions, Witchcraft is a practice, while Wicca is a religion. Witchcraft in and of itself is not a religion, but may certainly be a very spiritual practice.

Wicca is a religion under the umbrella of Neo-Pagan paths, alongside Asatru, Druidism, and many others. Some refer to Wicca as “the Craft of the Wise,” though I see Wicca more as embracing the use of “the Craft” than actually representing it. Wicca is not defined by the use of Witchcraft alone.

One may certainly practice Witchcraft without following the Wiccan path. This is true of Christian or Jewish Witches, or those who combine different religious traditions into their overall spiritual practice of Witchcraft. For example, I do not refer to myself as Wiccan, but rather by the broader term of Witch or simply Pagan. I know of many people who honor Mary as a Mother Goddess, or who follow a Buddhist path but believe they can actively change the world through magick, as well as their religious chanting.

All in all, how we express ourselves may change over the years. A person who delved into Wicca early on, may later find that they are able to refine their beliefs further into Druidism. Likewise, a person who feels too confined by the rules of Catholicism, may still appreciate and utilize its rituals, particularly in the context of the practice of Witchcraft.

We grow, we change; we are not meant to remain static. To do so is to stagnate. If we do not learn and grow (whether in our own beliefs, or in new ones), then what is there left to do?