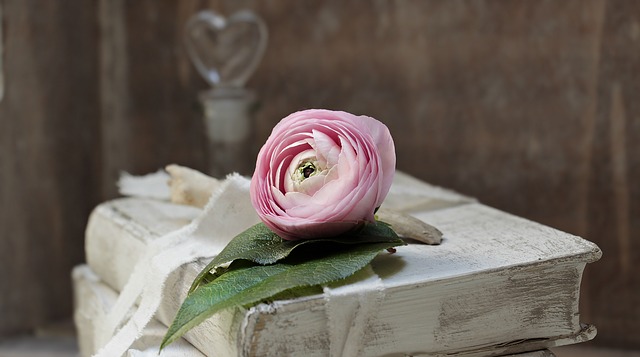 If you started at Part 1, the story continues here!

After being told by one genealogical research company that the prognosis for finding my great-great-grandmother, Emma Anna (Murphy) (Reagan) Shaw, was “poor,” I thought maybe they were right.

However, I had Research Consultation time I had banked with the New England Historic Genealogical Society (American Ancestors), because for the past few years, I’d been renewing my membership at the Friend level, instead of just the Research level. The Friend level includes the benefit of 15 minutes of Research Consultation time and you may accumulate it up to a certain amount. I decided it was time to use it.

After filling out the details on their website, the coordinator scheduled me to talk to Melanie McComb, also known as The Shamrock Genealogist. NEHGS connects you with the genealogist best suited for your query based upon various factors and I was excited to finally have someone take an in-depth look at over two decades of my hard work!

Melanie requested anything and everything I had, so I made sure she had access to everything I’d collected, from vital records to newspaper articles to the timeline I’d drawn up with my verified facts and tentative dates, places, and people, and so much more. Having someone else analyze everything was what I’d been wanting for such a long time, and now I was finally getting the new perspective I needed.

During our call, Melanie offered numerous suggestions and, even though I was taking notes, she also sent me a comprehensive follow-up with her analysis and ideas. *A side note to say I would highly recommend this service through NEHGS. It is well worth the Friend or higher-tier level memberships, or paying for out of pocket!*

I set to work immediately, prioritizing Melanie’s recommendations and reaching out to people. One of the first things I did to follow-up after her call was dig deeper (no pun intended) to find out where Margaret was buried.

As Melanie pointed out, it could be useful to know if she was interred in a Catholic or Protestant cemetery, because the records for my Emma were all Protestant. The records for that Guysborough Murphy family were all Catholic. A mixing of religions within the family seemed unlikely and Melanie was gently skeptical of Emma being connected to the Guysborough Murphy family because of this, giving more weight to the possibility of her being born in Maine based on the censuses and death record. Also, there are many Murphy and Reagan families in Maine, and she suggested I really delve into them.

All this time, I’d given more weight to the Guysborough family partially because of the 1871 Canadian Census entry for Emma Murphy being the only one “left” for me, partially because of the name Laurence, and partially because in her 1888 marriage to grandpa Erastus, Emma had given her place of birth as Nova Scotia. However, it was the only time in all records pertaining to Emma that Nova Scotia was ever mentioned, except in the death of her son, my great-grandpa Harrison Shaw. Therefore, Melanie’s skepticism was entirely appropriate.

Digging Up a Burial

I visited the Boston Catholic Cemetery Association and conducted an Online Burial Search on their website. Sure enough, there was a Margaret Murphy who died in 1890, buried at Calvary. So did this confirm she was Catholic and perhaps not the Maggie Murphy with whom Emma purchased land in Middleborough in 1889? Was I instead dealing with two Murphy women, (potential sisters?) who’d simply landed in Middleborough by 1888/1889, and then one disappearing without a trace?

I took a deep breath and emailed the contact person for the Boston Catholic Cemetery Association, and hoped for… Well, I didn’t know what I was hoping for. Margaret’s death record and Undertaker’s Return did say she was a widow and had a husband named William Murphy, so I guess that, at the most, I anticipated receiving a record stating that the two of them were buried in the same plot. And such a record would be another dead end for me.

When 2 months passed without a response, I reached out again with a gentle follow-up request. I know people are busy and genealogical inquiries don’t take priority when you’re writing to libraries, churches, cemeteries, and other organizations, and I try to always acknowledge this when writing to people. Patience and good letter or email-writing technique and etiquette are as important as ever, even in 2019!

On the morning of December 5, 2019, I woke up bright and early. It was 2 days before my 45th birthday and we were leaving that day for a long weekend. You know how the night before something you’re anticipating – a holiday, an event, a vacation, etc. – it can be difficult to sleep? That was my issue the night of December 4, so when I rolled over at 7 a.m. on the 5th, I knew I wouldn’t be able to fall back to sleep. I picked up my phone to glance at my email.

There was an email from the contact person Boston Catholic Cemetery Association. She had sent me a JPG and a PDF, apologized for the delay, let me know there was no fee for the information, and wished me Happy Holidays.

And a Happy Holiday (and Birthday) it was about to become, because the PDF and image showed that the plot for Margaret Murphy had been purchased on December 24, 1890 by none other than my great-great grandmother, Emma A. Shaw!

What happened next, however, was what I’d been waiting to find since 1993… Find out how the story ends – and begins anew – in Part 3!