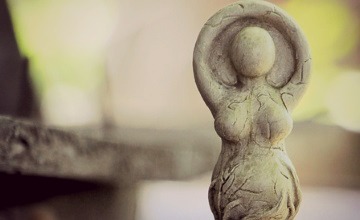 In 1997, the song Bitch by Meredith Brooks came out and many women embraced it. You probably still remember dancing around to it, thinking, “Oh yeah, I’m hella edgy!” But how many of you read the book Bitch: In Praise of Difficult Women by Elizabeth Wurtzel, published in 1998?

Elizabeth Wurtzel died today, but I think her work went out with the 90s and that’s just as sad. When Prozac Nation came out, it was highly praised by readers and critics. How many non Gen-Xers have read that book, though? Or Bitch? If you haven’t read any of her work, I urge you check it out. Very little has changed since either book was released and I think they remain relevant today.

Bitch came at a time when I needed to read it. I’d spent the first 5 years of my adulthood apologizing for being the person I was and trying to be something different. But as 1998 came around and I was circling back to the things that mattered to me – instead of to someone else – Bitch was like a call to action.

In particular, I was re-embracing my Pagan beliefs. For a time, I’d set them aside to explore monotheism and found that none of it made sense. How could it, when everything about the Abrahamic religions is merely a retread of the Pagan beliefs that came long before? Why follow a copycat religion when I could look deeper and further back, when I could connect with humanity and nature instead of some abstract idea of divinity?

My ex-MIL did not take that well and she specifically informed my husband at the time that “The devil is in your (our) house.”

So Elizabeth Wurtzel’s book “praising difficult women” came when I needed it the most, when I needed someone to understand me and accept that, yes, I am a Witch and that’s not going to change. Most of us have the same need – to be understood, to feel accepted just the way we are, to be allowed to live and let live. Something in Bitch gave me that, as well as the strength to continue on my own path, not worrying about someone else’s judgments about me.

Fast-forward a few years into the future, when some officer whose name I don’t even remember informed my now-ex-husband that he could never vote for him to be president, because of my religion. Hey, random officer whose name I’ve forgotten? This is for you and everyone who thinks like you:

I think Elizabeth Wurtzel would approve.