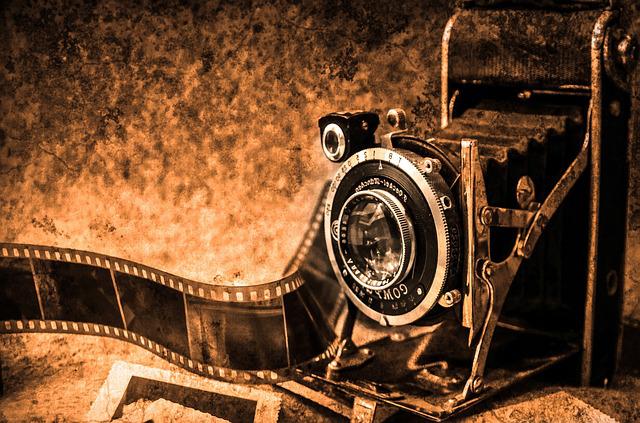 The writing prompt for 52 Ancestors in 52 Weeks is Negatives, which can mean so many things in genealogy. For me, it brings to mind negative results and negative evidence, and any other relevant negatives.

We always heard that my great-grandmother Mildred Burrell’s first husband, Joseph William St. Onge, was a rum-runner during prohibition. Considering that was in violation of Federal laws, I thought if he was a known criminal, he would have an FBI file. However, when I wrote to the FBI to inquire, I received a response that there was no file under his name. Sometimes, an avenue of research doesn’t yield anything, and it’s important to keep track of those negative responses or results. This doesn’t necessarily disprove that he was a criminal, but perhaps it was on a state level, instead. Or perhaps he was never caught.

Another instance where negatives can be useful in genealogy is in searches. If you take the time to scroll through an entire set of images on Family Search, only to come up empty-handed, remember to record the name of the collection, the call number or microfilm number, the date you searched it, what you were trying to find, and the fact that you didn’t find anything. However, if you find possible connections, note that, as well.

Keeping track of searches that don’t give you any information or collections in which you don’t find what your seeking will keep you from revisiting them and wasting time. However, if a collection is sometimes updated or added to, you will be glad you kept track of the date you originally researched it, in case anything changes. 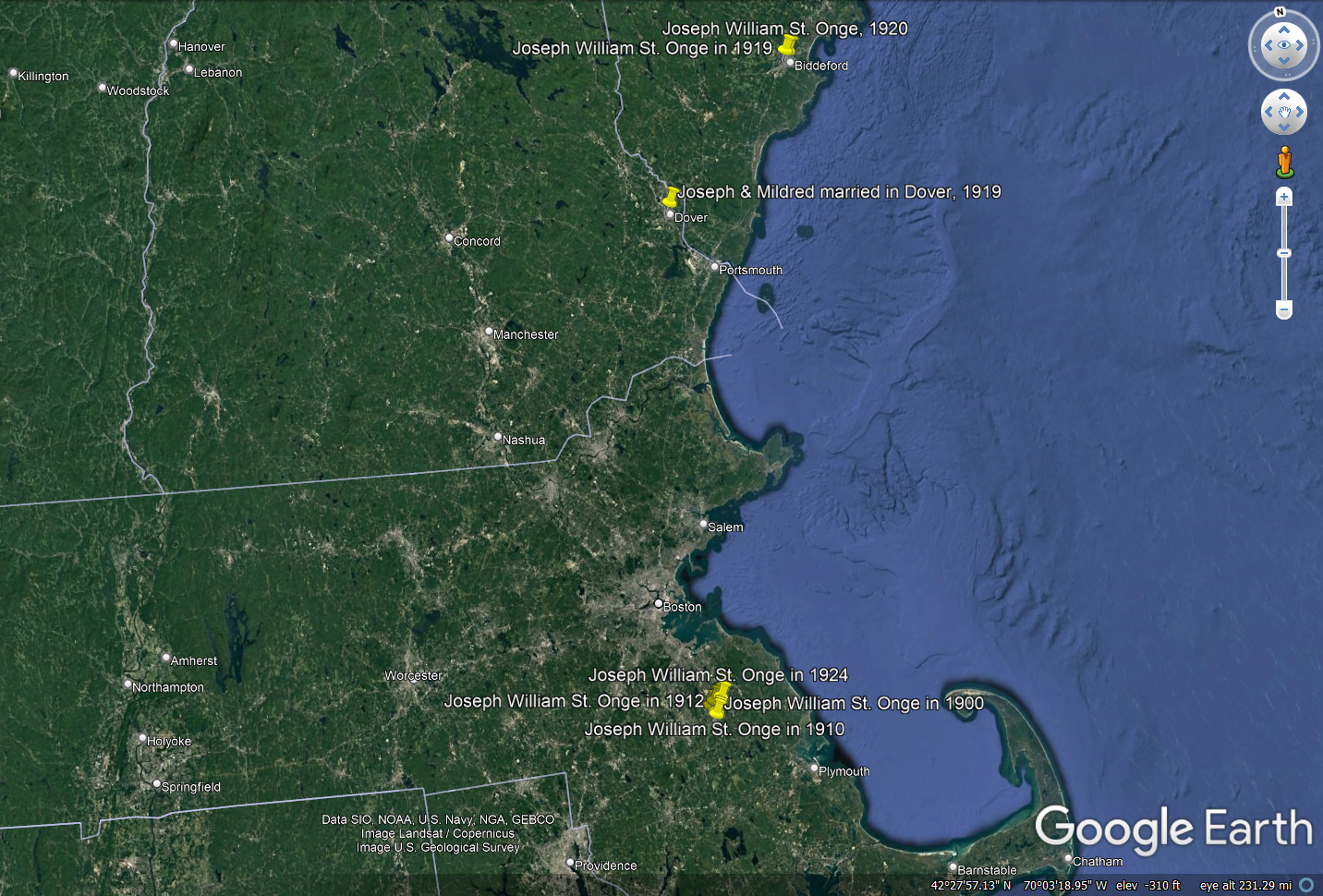 I was a little stumped for 52 Ancestors in 52 Weeks, Week 6. The only idea that came to mind was how much I loved looking at maps as a child when we went on our annual summer vacation, usually to a campground in New Hampshire or Vermont. But I couldn’t think of a genealogical context until my mother and I started discussing a recent DNA match. That’s when I decided we needed to map the known movements of my great-grandmother’s first husband, Joseph William St. Onge.

My great-grandmother, Mildred Marian Burrell, had seven children with four different men. Fortunately, DNA helped us untangle the various threads of paternity, but the fate of one of the fathers remains a question we hope to answer.

Joseph was born 30 August 1893 in Marlborough, Middlesex, Massachusetts. His parents were Joseph St. Onge and Mary Fortier. We know where he was born, where he lived in the 1900 and 1910 censuses, and the addresses he lived at when his children were born. But we don’t know where he died or when. I didn’t realize how much he had moved around until I started analyzing records more closely and found that for nearly every documented event in his life, he was living at a different address.

His life began in Marlborough and by the age of 6, he was living in Whitman, Plymouth, Massachusetts with his family. In 1910 they were still living in Whitman, but at a different address. He was married to Amanda Jean in 1915 and living at a new address when their baby was stillborn at the end of that same year. He lived at the same address when he registered for the World War I draft in 1917.

But in 1919 he ran away with my great-grandmother to Maine. She was pregnant with her first child, not Joseph’s though, and he had apparently offered to marry her. They lived in Biddeford, Maine when Mildred’s first child was born. Joseph’s wife, Amanda, filed divorce the next day. Less than a year later, the divorce was granted and Joseph and Mildred were married in Dover, Strafford, New Hampshire ten days after the divorce. Three months later, their daughter, and first child together, was born in July of 1920, and they were still living in Biddeford, but at a different address.

I am not sure what took Joseph to Maine, but they were back in Plymouth County, Massachusetts by September of 1921 for the birth of their second child. A son was born to them in 1924, and once again they were living in a different address. One more son was born to them in 1925, and yet again they were living at another address. During those years, they lived in Rockland and Abington. However, by 1925 Joseph had run off on Mildred. She went on to conceive my grandfather with a different man, who we were able to identify through DNA testing. She then married her second husband, Herbert Haley, and had a daughter with him.

Joseph, meanwhile, seemed to disappear off the face of the earth. After many years of gathering family rumors, the most promising lead we have is that he had been found by a detective his children hired in the early 1970s. According to that story, he died in Chicago five years before. However, after his children read the detective’s report, they destroyed it.

Another family rumor is that Joseph was a rum runner. Only one family member disputes the idea that Joseph was a gangster or in trouble with the law, but all the rest agree he was likely involved in criminal activity. When I look at how often he moved as an adult, I just have to wonder what he was running from. Clearly he wasn’t about to settle down in one place or raise his children, both step and biological. I can only speculate as to why he made the choices he made, but the main thing we want to know about him is where he ended up after 1925.

This map doesn’t give me answers, but I think it tells me that this won’t be an easy question to answer, even if we think we know his alias(es) and moves after 1925. And even if we get the answer, there are probably still many questions in between.