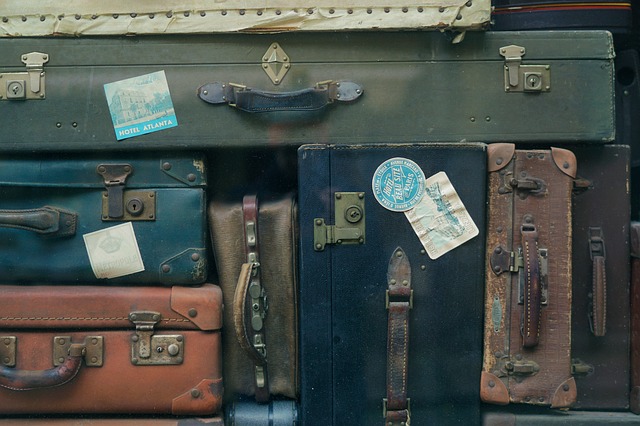 The Eventful Existence of Edward Callaghan: How DNA Testing Bridged A Life Lived Across 3 Continents

Edward Callaghan lived quite an eventful life and the funny thing is I never knew that not only was he the ancestor of an elementary school friend of mine, but would also become the ancestor of one my children. I’ve tried for months to sum up his life. We’ll see if I succeed this time.

My husband’s dad’s 1st cousin has done extensive research on Edward and uncovered all the known facts about his life. Edward is my husband’s 3rd great-grandfather and was born about 1820 in County Fermanagh, Ireland. His arrival in America coincided with the onset of the Great Famine. He settled in Galena, Jo  Daviess County, Illinois, and married Mary Riley, another Irish immigrant.

Pretty typical story, right? Irish immigrant boy meets Irish immigrant girl, gets married, makes Irish-American babies, and lives happily ever after. But the questions Edward’s descendants have contended with for many years are pretty darn interesting!

You see, Edward’s wife died on 31 August 1859, a mere 13 years after they were married. They had 5 children, the youngest of whom was only 3 months old when her mother died. And how did Mary (Riley) Calla(g)han die?

Well, Edward might have killed her. Hubby’s cousin dug up The Galena Gazette newspaper article that reported Edward was arrested on suspicion of murder. However, a Coroner’s Grand Jury Inquest rendered a verdict of “death from causes unknown.” With no evidence that Mary’s death was caused from violence, Edward was released from jail.

The story is that Mary possibly died from being beaten by her husband while he was drunk. Supposedly, he hit her over the head with a leaf from a black walnut table, she remained “insensible” throughout the night, and died early the next morning.

Did he or didn’t he? We will probably never know, but in 1860 Edward went to the courthouse in Galena with two of his brothers, gave them Power of Attorney to take care of his children and sell his property, and then disappeared.

No one knew exactly where Edward went after that, but he returned to Galena in April of 1863 and immediately got into more trouble. The Galena Gazette is the source of reports that Edward was injured by a gunshot from the Sheriff. The newspaper article also mentioned that Edward was previously in Pikes Peak, Colorado, possibly chasing the gold rush. Again, we don’t know if this is true, but Edward was in trouble once again. He and two of his brothers were arrested, went to court, paid fines, and went back to being fine, upstanding citizens. Well, not exactly.

Edward disappeared again, only this time it looks like he headed home to County Fermanagh, Ireland, where he married Catherine McCaffrey, his second wife. We have conflicting years for the marriage, but it appeared that Catherine and Edward were in Bacchus Marsh, Australia, of all places, by 1864, where their first daughter was born. There, they had 3 daughters, 2 of whom lived to adulthood.

At some point before 1870, Edward must have abandoned the family or Catherine decided to get away from him. Because, next thing you knew, Catherine and her daughters were in Massachusetts, while Edward returned to Ireland. Catherine remarried to a David Guthrie and life went on for her. But what about the Callahans back in Galena, Illinois? Did they know about their nieces/half-siblings born on the other side of the world and now living over 1,100 miles away in the U.S.?

Surprisingly, yes! Probate documents back in Galena, Illinois for Edward’s brother named both daughters! What communication ensured the family was aware of them, we do not know. As far as Edward, the story ends there, as he appears to have died in County Fermanagh in 1895 and that, as they say, is that. Maybe.

For years, my husband’s cousin has worked diligently to piece together exactly what Edward’s life was like. Considering the trouble Edward got into and his travels around the globe, this has been easy in some respects, thanks to plenty of newspaper articles, vital records, and probate records that left a paper trail, but difficult in others.

This is where I got involved. As I was working on my husband’s ancestry and communicating with his dad’s cousin, the cousin brought up a question: was their ancestor, Edward Callaghan, who’d come to Galena, Illinois actually the same as the one who lived in Bacchus Marsh, Victoria, Australia, or were they two different men with the same name? This happens and even with the 2 daughters from his second marriage named in probate records back in Illinois, there was no proof that the girls named were those particular Australian-born girls. A darn good question, not to mention a tricky one, too. One, however, that DNA could potentially resolve.

The cousin briefed me on the DNA testing he’d done, gave me access to his results, and I got to work. First, it was pretty easy to determine that the descendants of Edward Callaghan of Galena, including my husband, his father’s first cousin, and other cousins, matched the Callaghans in County Fermanagh. Without a doubt, they were the Callaghans of Rosslea (or Roslea), and matches and in-person meetings with living cousins back in Ireland helped substantiate that. Yes, my husband’s cousin has also been a busy guy – but genealogically, not criminally!

What we needed to do next was determine whether or not the Edward Callaghan who’d lived in Bacchus Marsh, Australia had living descendants today. I started building out a tree for them and determined that they absolutely had great-great grandchildren living. But had any already tested their DNA?

As I mentioned, it turned out I’d gone to school with a descendant of Edward Callaghan of Bacchus Marsh, Australia, without knowing it. How odd to come to her 30 years later and ask if she was willing to share a DNA sample, to prove she was related to my husband! With her help and her willingness to spit in a tube, we worked out the ancestry of the 2 Australian-born, Massachusetts-bound Callahan girls. This gave my husband’s cousin a test to control for a descendant of the Edward in Australia and once he shared the results, I started going through the matches.

While my husband’s cousin and our Australian-Edward test subject were not a match, we found plenty of Galena descendants who matched Australian descendants, and vice versa! With three DNA test subjects proven by the paper trail to be descendants of Edward, we went on to confirm an entire family network connected by DNA and spanning the globe through many generations. We were able to determine that, yes, “our” Edward from Galena and County Fermanagh was the father of both the Galena-born children with Mary Riley and the Australia-born children with Catherine McCaffrey! DNA testing proved that the Fermanagh-to-Galena and Australia-to-Massachusetts Callahans were all the descendants of the same Edward Callaghan.

It was both exciting and satisfying to answer the question definitively for my husband’s cousin, considering he’d worked so long to put together the details of Edward’s rather messy life! Of course, we’re still left with oh-so-many questions, such as:

Did Edward kill his first wife? Did he leave Galena, not for the Gold Rush, but because he was fleeing the law? Or did he actually join the Gold Rush and have untold adventures? Did he ever feel guilty over what happened to his first wife, and depriving his young children of both their mother and father? Did he ever have contact with his children or just his brothers?

And why come back to Galena, only to leave again? Why go back to Ireland? Was Australia meant to be a place where he could begin anew or did his possibly terrible temper result in a disastrous second marriage, as well? Did Catherine leave him or vice versa? Why did Catherine choose Massachusetts? Is he the Edward who died in 1895 and is buried at St. McCarten’s Aghadrumsee Cemetery, Magheraveely, County Fermanagh, Ireland?

There are still so many unanswered questions about the man himself, but DNA has at least given us a “map” of Edward Callaghan’s eventful existence across 3 continents!