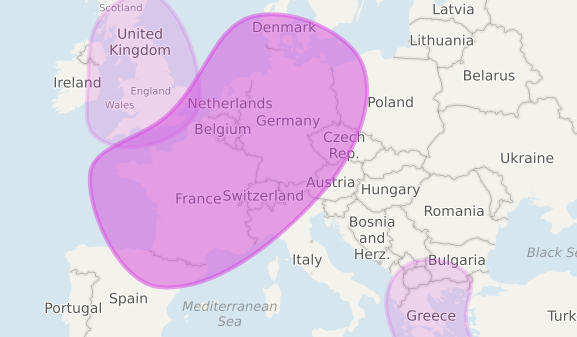 Family Tree DNA first began offering direct-to-consumer genetic testing in 2000. After years of reading articles about the success people had with DNA testing for genealogy, I took my first test in 2006. Only a year later in 2007, 23andMe joined the party, and now everyone is doing it.

Yet, not everyone understands the risks of DNA testing. So many people test and are disappointed or, worse, upset by their results. There’s so much education out there, that while I am an enthusiastic advocate of genetic genealogy, I also ask people to take a common sense approach. What do I mean by this? I mean it’s a good idea to try to understand the science behind, as well as risks and rewards of, DNA testing for genealogy, before spitting into the tube.

As with scientific processes, there is an answer for each of your concerns. Here are some things to keep in mind:

You’ve tested, gotten your results, and you’re upset because the results don’t show that you’re “British enough.” This can happen for a number of reasons and should not put you off genetic genealogy, as it is now considered an important tool for meeting the genealogical proof standard.

The different companies have different test groups and regions, so while one company might label you as Italian, another might label you as Greek. This happened to me and I’m not too concerned. I don’t see this as a problematic ethnic label and because they will probably refine this in time.

Also, your ancestors might not have been “as insert-ethnicity-here” as you expected. After all, do you know what ethnicity their parents or grandparents were? What about their great-grandparents? Your admixture might be more diverse or mixed up than you expect, and that’s okay!

Instead, let DNA ethnicity results be your guide in genealogical research (rather like online family trees), and not the be-all and end-all of who you are.

I love that Judy Russell emphasizes this consistently in her blog posts and presentations.  I had the pleasure of seeing her speak at the Nebraska State Genealogical Society Conference this past April where she stated as emphatically as she does in her blog posts do not test if you are not prepared for the potential results.

Yes, you might find unknown siblings, first cousins, second cousins… even parents. You might realize a grandparent’s parents weren’t their parents after all. I’ve found a first cousin I didn’t know I had and I thought that was the only surprise I would get. A year later, I found out there are still close surprise relatives around every corner.

While my family and I welcome these relatives, other families may not. Or perhaps the tester now has to come to terms with their new “identity.” As enthusiastic as I am about DNA testing, I’ve learned to take an “I’m here for you when you’re ready” approach to those cousins who’ve received a genetic shock.

If you don’t think you can be open to people who suddenly find themselves on the receiving end of this kind of “what do you mean my father isn’t my father?!” news or handle it yourself, then this warning bears repeating: DO NOT TEST IF YOU ARE NOT PREPARED FOR THE POTENTIAL RESULTS.

I hope that won’t put people off from testing, because there is support out there and many people within the genealogy community feel it is their duty to be as supportive as possible to others in these cases.

Let’s be honest: most people only take these tests as a lark to learn their ethnicity. Honestly, that just isn’t worth the $49 or $59 or $99. If you do take the test just for ethnicity reasons, please do consider at least adding a skeletal family tree to whatever testing service you use. Going as far back as great or great-great grandparents is super helpful and those of us utilizing DNA testing for genealogical reasons would greatly appreciate it! And don’t be surprised to hear from people trying to figure out how you’re related. If you’re not sure, it’s perfectly okay to answer that you’re not really into genealogy and sorry you can’t help them.

But it’d certainly rock if getting your DNA tested turned into a gateway to you becoming interested in genealogy. 😉