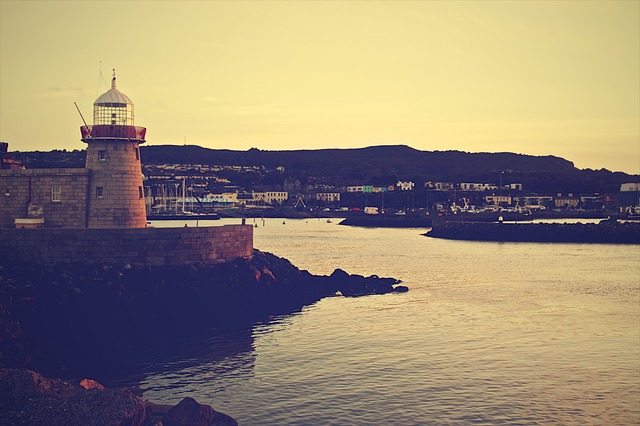 One of the most exciting things happened to me in December of 2019 – I finally resolved a 26-year-old brick wall! During 2020, I poked at my new research questions here and there, which included delving into the ancestry of my great-great grandmother Emma’s father, Francis Wallace (1838-1892).

At first, I didn’t find much beyond my great-great grandmother’s baptism naming him as her father and a Nova Scotia directory listing for him in Port Mulgrave, employed as a clerk. Not much to go on, but I persevered during 2020 and put together a family group for Francis.

There weren’t many Wallaces in Nova Scotia, so I looked at all of them, particularly those in the same area as Francis. Little by little, I found that Francis was the brother of Vincent J. Wallace (1835-1878), who married Margaret Mahoney and worked as a customs agent. Vincent and Margaret had at least 3 children together.

This find was thanks to locating the baptisms of both Vincent and Francis, whose parents were listed as James Wallace and Rebecca Elizabeth Smith. Their father, James, also worked as a customs agent. Even more interesting to me was the fact that James and Rebecca’s marriage told me not only the names of their parents, but also that James was from County Wexford.

As it turned out, my great-great grandmother’s maternal grandparents are also from County Wexford. Since so many people emigrated in groups or stuck with people from known communities, this makes sense. I wonder if the Murphys and Wallaces knew each other in Ireland, or if they were from different parishes (seems more likely).

I found that Francis Wallace came to Boston and died there in 1892. While his death record and probate offer no further details about him, it’s interesting to know he followed his illegitimate daughter to Massachusetts.

Of course, I still couldn’t be absolutely sure that Francis was Emma’s father with only a baptismal record. However, it was nice to have a paper trail that added 2 to 3 generations to an ancestor who’d given me so much genealogical trouble for my entire adult life.

You can probably imagine my excitement when a DNA match who confirmed Wallace ancestors showed up in my Ancestry matches last week. When I receive new matches, I always keep an eye out for certain surnames. This particular match was a Wallace, but because the match was female, I didn’t assume this was her maiden/birth name.

However, as soon as I built out her family tree, I found that she descended from James Wallace and Rebecca Elizabeth Smith through a third son – Edward William Wallace! I did a happy dance to celebrate having a DNA match who shared this ancestral couple with me.

Someone asked how I made the connections between Francis and Vincent, and got to this point with the Wallace family. I ultimately accomplished this research with a combination of methods – DNA, indexed records, and unindexed browseable records. These records included directories, baptisms, marriages, probates, and Canadian censuses, as I tried to pinpoint which Wallaces were mine.

There are, I’m sure, even more records that are not digitized that have additional facts about my Wallace, Smith, Murphy, and Fraser ancestors in Nova Scotia, and certainly back in Ireland and Scotland.

Now that I feel this lineage is proven, thinking about Vincent and James Wallace brings me back to a family story: my great-great grandma Emma used to show one of my great-uncles pictures of ships she said were owned by wealthy ancestors. My great-uncle thought those ancestors were in trade or had a route from Nova Scotia, Canada to the Boston area.

Once I made the connection to the Wallaces who worked as customs agents, this story made sense. I doubt my Irish ancestors owned ships, but Vincent and James certainly inspected cargo coming into Nova Scotia. And how would that cargo have arrived in the early and mid-1800s but on a ship?