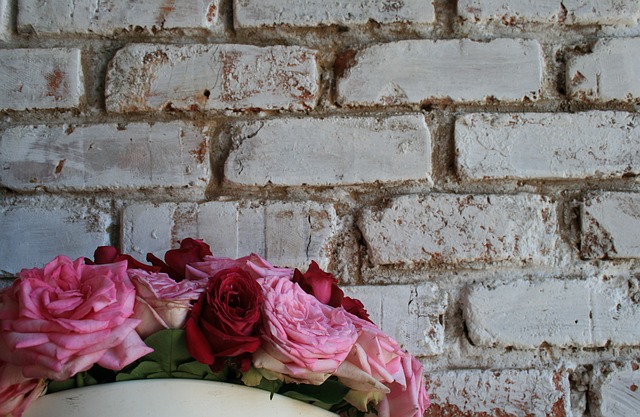 After 26 years of wondering and guessing, digging and hypothesizing, flailing and sometimes giving up, it happened.

When I originally posted “2019: The Year I Find Emma” on January 4, 2019, my entire focus was on DNA. Would you believe that, after all these years, DNA was not what led me to answers? Instead, it was 3 of our most-often overlooked genealogical resources: burial, probate, and land records. I think we often focus on births, marriages, deaths, and census records for facts, but this experience is a reminder that all records are valuable.

I’d been trying for several years to get someone to take a critical look at my research and timeline on Great-Great Grandma Emma Anna (Murphy) (Reagan) Shaw, wife of Erastus Bartlett Shaw of Middleborough, Massachusetts. Sometimes another perspective will give us fresh insights and ideas. My questions were: 1. When and where was Emma born and 2. Who was her first husband? It was getting this outside perspective that led me to the records I needed to dismantle the wall I’d been staring at since I was 18.

From her 1888 marriage to Erastus to the 1970 death certificate of my great-grandfather Harrison Shaw, every piece of evidence offered conflicting information on her place and date of birth. Was it Nova Scotia, Maine, or Massachusetts? And were her parents born in Massachusetts, Maine, Canada, England, Ireland, or Scotland? And there wasn’t even a spark of hope when it came to the elusive Mr. Reagan beyond the entry in the 1930 Census stating that Emma was first married at the age of 16. Only nominally useful when her age varied from document to document!

I did have one thread of hope that formed the basis of a hypothesis about her origins, though. Roughly 10 years ago, before so many records were available via FamilySearch, Barbara Poole of Life From the Roots, found an 1871 Canadian Census entry for an Emma Murphy residing in Manchester, Guysborough, Nova Scotia, Canada. It was something, because every other Emma, Anna, or Annie Murphy that I’d tracked in the 1871 and 1881 Canadian Censuses, and 1870 and 1880 U.S. Censuses in Maine and Massachusetts hadn’t borne fruit. Those Emmas had the wrong parents, wrong husbands, the wrong everything. But this Guysborough Emma had, well, nothing. Just the lone census entry.

Over the past decade, I built a hypothesis piece by piece around the Guysborough Emma. She was 10-years-old in 1871 and living with the Flavin family. She wasn’t related to them, but there was a baptism for an Emma Ann Wallace, daughter of an Eliza Murphy at St. Ann’s in Guysborough in 1863. Again, just a tiny record and, really, it shouldn’t have meant much. Why? Because my Emma’s parents were supposed to be John Patrick (or John… or Patrick) Murphy and Mary Ann Frazier/Fraser/Frasher.

However, this Eliza Murphy of Guysborough had a sister named Margaret Murphy and a brother named Laurence Murphy, and their parents were a Patrick Murphy and Mary… Lowery. Again, you’d wonder why I clung to this family as a possibility when the names weren’t quite right. Because there were two names that were right: Laurence and Margaret.

Laurence is a family name for us, you see. My grandmother, Barbara Shaw (granddaughter of Emma) had a twin brother. His name was Laurence. Sadly, Laurence died when he and grandma were only 3-years-old. I can’t imagine the pain of losing one’s twin, especially so young. Grandma went on to honor his memory by naming her second son Lawrence, my Uncle Larry.

As you can see, there is no evidence here to prove that the Guysborough Emma was mine, but there was nothing disproving it, either, unlike other Emmas who I’d chased over the years.

Margaret was the other piece of the puzzle that kept me holding on to my theory. Emma purchased property in Middleborough in 1889 with a Maggie Murphy. Somehow, there had to be a connection, but it continued to elude me until 3 years ago.

So what was my hypothesis? It was that Emma was the granddaughter of Patrick Murphy and Mary Ann (Fraser) (Lowery). The pieces fit as far as the ages of the possible grandparents, potential mother, aunts, and uncles, and the fact that this Emma in 1871 was living with an unrelated family in town. But how was I going to prove or disprove it?

In 2016, I tried a new search query on FamilySearch. Instead of searching for Emma or anyone by first name, I searched for the last name Murphy and various combinations of the father’s possible name, “Patrick Murphy” or “John Murphy,” and the mother’s name, “Mary Frasher/Fraser/Frazier” or “Mary Low(e)ry.”

I found 2 possibilities. The first was a James Murphy who was the son of Patrick Murphy and Mary Lowery of Nova Scotia. He died in 1886 off Grand Banks, Newfoundland in the loss of the Schooner Virginia Dare. He’d married an Annie Fitzpatrick in Gloucester in 1882 and had a son, John James Murphy, born a few months after James’ death. John went on to marry Leone Mason in Gloucester in 1907 and have 3 children, 2 of whom lived to adulthood and died in the 1980s. Great… but I didn’t want to pursue descendants without verifying a family connection.

The second hit was Margaret Murphy, daughter of Patrick Murphy and Mary Frazier, born in Nova Scotia and died in Boston in 1890. At last, someone whose parents’ names were the same as those on Emma’s 1888 marriage record and 1945 death certificate! By then, I’d forgotten about the purchase of the property on Plymouth Street, Middleborough in 1889 by Emma and Maggie. But, as you can see, it was another potential piece of evidence that my Emma was the Guysborough Emma.

This still didn’t prove anything, though, because how many Patrick Murphys and Mary Fraziers are out there? And how many Margaret Murphys? The death record also didn’t tell me exactly where Margaret was born or where she was buried. I wasn’t sure where to go from there, but I knew there was more. There had to be. I also continued to put out feelers for someone who might be willing to review my work and give me some fresh ideas.

Finally, I reached out to one genealogical research firm for an assessment, posing the two questions asked above. Their response? “Prognosis: Poor.” They didn’t believe it was possible to identify Emma’s date and place of birth, confirm her parentage, or find her first husband. I decided if they couldn’t do it, my only choice was to sit around and hope for DNA to provide answers…

One comment on “Breaking Down a 26-Year Brick Wall: Part 1” 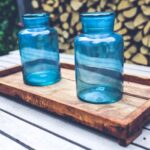 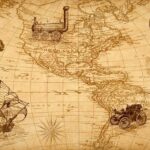 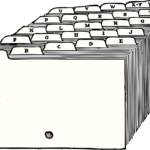